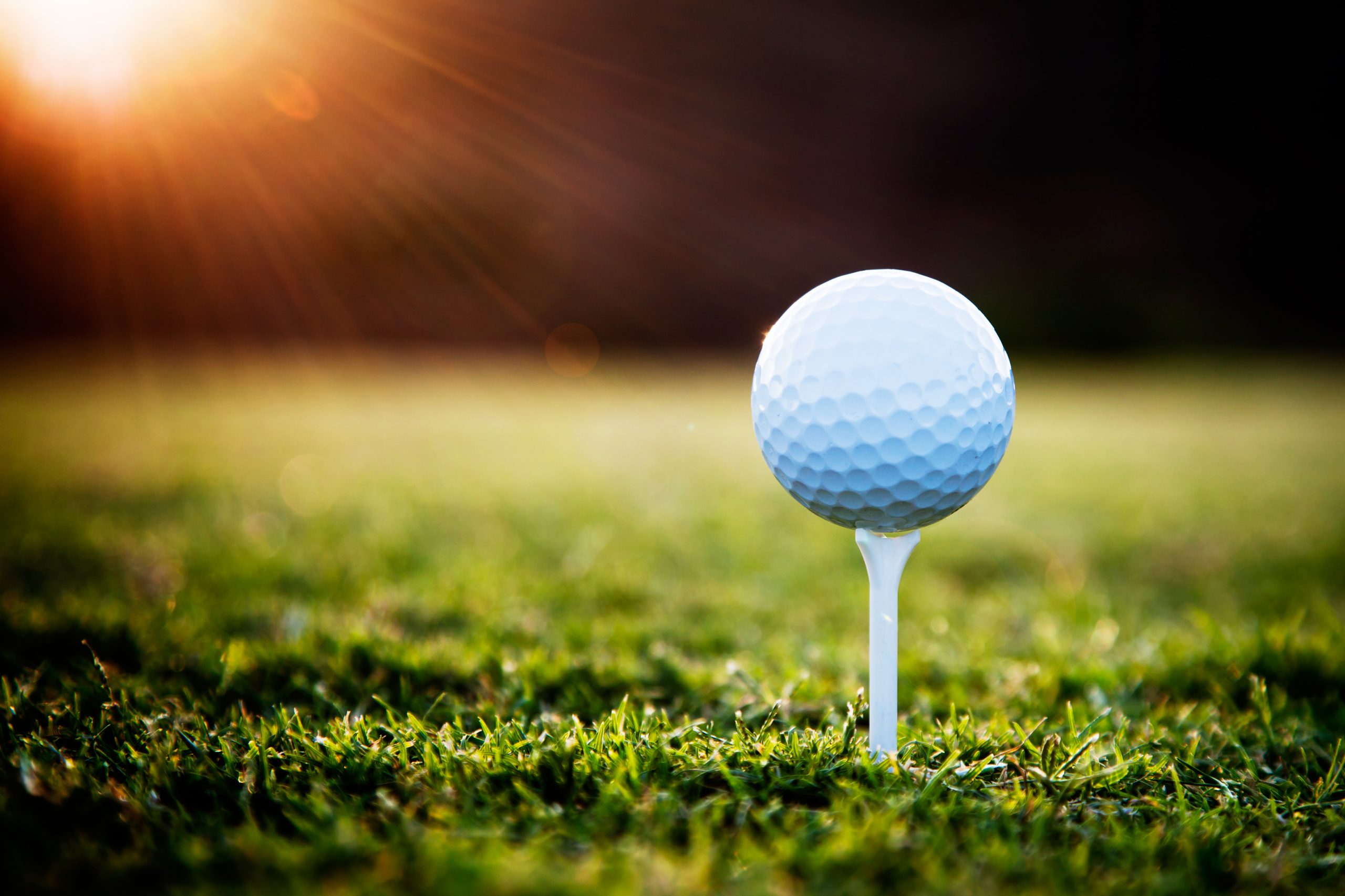 So how many people are excited to have seen Tiger just come back after such a long drought? Even if you are not a fan of golf, it was easy to recognize Tigers elite status as he dominated his sport for so long. So let’s talk about Tiger’s career real quick. Tiger was born to do this. I mean, he was born with a golf club in his hand, and his father was a big-time golf fan and got him started at an early age.

Tiger was fantastic. I don’t think Tiger really had any trials. He didn’t have a whole lot of obstacles when it came to golf. It would just come so natural to him, he as beyond phenomenal at it. By the time he started his pro golf career he was already labeled as one of the best and possibly was going to be the Michael Jordan of our time, or the best of all time. So he came out on an absolute tear, and early in his career he was able to win those first 14 majors, and he changed the game of golf. He had such a large following. I mean, people who never paid attention to golf started watching golf because of him. People who never played golf begun to play golf because of one person. He was the first golfer that looked cool. He was built, he was strong, he was confident, he wore the red on Sundays. He changed the game of golf, and the guy was on a whole other planet in terms of how good he was.

So you fast forward from the start of his career, he wins 14 majors, and the unfortunate truth is that no one knew what was going on behind the curtains, and this is just so applicable to our own lives, is that often times we have no idea what’s going on in other people’s lives. Everything might look together on the outside, but when you peel back the curtain people are hurting. Tiger had a whole different life outside of what he was doing in golf, unfortunately. He had this huge fall from grace where he dealt with two big things. One was mistakes, just making mistakes, and the other was injuries. Unfortunately, everything came out. He was living an adulterous life, ended up having a drug problem. Even as recent as 18 months ago we saw mugshots from jail whenever he was caught on driving under the influence. He just made mistake after mistake, and then he had multiple surgeries.

A lot of people don’t know this, but Tiger actually had his last back surgery, his fusion, here in the Dallas–Fort Worth area. So the folks at Texas Back Institute actually operated on Tiger. Plano was responsible for Tiger’s comeback, but between the mistakes and the injuries, Tiger went on an absolute drought, and that drought lasted for 11 years.

The first lesson is patience. So many of us are going after things, and we wanted it yesterday. Let me ask you something. Whatever it is that you’re going for, if someone said, “Dude, listen. From today it’s gonna take you 11 years to finally get to that place that you want to be, that you’ve envisioned, that you’ve dreamed of, is going to take you 11 years.” Here is the question, is it worth it? If it is not worth sticking to it and remaining patient for 11 years, you may want to ask yourself, “Is what I’m doing what I’m supposed to be doing?”.

So you really have to have this idea of long term patience. Patience would result in urgency regarding the activity. The ability to be patient with the results, and if it’s worth it, that patience will pay off in the end, okay?

The second thing is perseverance. We watched Tiger, really his persistence and resilience. There was a point where I think we all almost felt bad for Tiger because he would continue to play in a tournament. He started dropping out of tournaments because of his injuries. How many times do I need to get up before I make it to the finish line? But again, you gotta ask yourself the same question. Is it worth it to get knocked down over, and over, disappointment after disappointment, and continue to stand back up and say, “I’m gonna go after it again.” Is it worth it? The interesting thing about Tiger is he experienced tremendous success and was trying to come back to it. Some of us haven’t even experienced any success, and you’re still knocked down and trying to come back up.

So perseverance was a huge story and life lesson that I got from Tiger this past weekend. The ability to persevere, the ability to be resilient. If whatever you’re doing is not worth it, you may need to reconsider. Is what I’m doing what I’m supposed to be doing?

The third lesson is the adjustment. This part I really like because see, Tiger couldn’t play the game now as he played in the past. Tiger would dominate, and he would intimidate. If you notice the way he plays now, he plays different, and for him to win in this season, Tiger had to adjust. He has to do things differently than he did originally.

See, Tiger was unrelatable at first. We exalted Tiger because of his talent, but Tiger, no one can really relate to Tiger ’cause he was so good. But Tiger is relatable now. Tiger is more of a person now. We understand Tiger because he’s been through the bottom and he’s been to the top, and we’ve watched the whole thing. So Tiger adjusted a lot of things. New things in your life will not happen the old way, and just like Tiger, new things, have him winning again after an 11-year drought, came a completely different way, and it didn’t happen the way I’m sure he predicted it. Same thing with you. Whatever you’re going for, it won’t happen the way you anticipated it, but if you want new things, they’re not gonna happen the old way, alright.

Now, the fourth thing is forgiveness. For those of you who know me, you know I’m a Christian. To watch Tiger go through everything that he went through, a lot of people stopped following Tiger, endorsements dropped him. He really had a fall off from grace. He was making bad mistakes, and listen, we all make mistakes, but to get to a point where a lot of people really forgave Tiger and got in his corner. Tiger could’ve easily been like, “Dude. I’m done. With everything that’s been seen and my life exposed.” Tiger could’ve just been, kind of faded into the darkness, but Tiger kept playing despite that and he had to put the past in the past. So many of us are living in the past, it is we’re not allowing ourselves to propel in the future. When I say forgiveness, we have found a way to forgive Tiger, which I think is awesome because so many people have rallied behind him despite these major mistakes that most people would describe that he’s done in his life, but I really think Tiger forgave himself.

Then last, but not least is the mindset. Tiger continued to move forward in on the back nine. Listen to what I’m telling you guys, and listen very carefully. You want to perform at a high level, you want to perform and be elite. Tiger was used to that. Start getting used to being uncomfortable and make that new level of uncomfortable the comfort zone in your life. It has to be because this guy wasn’t used to that. Tiger right on his heels. He bogeys a hole, now it’s in his head, and once it’s in his head in a negative way, that’s it, but the ability to say, bogey a hole and just say, “You know what?” Even that past say, “My future in these holes is not this past bogey that just happened.” And move forward. Short term memory and move forward. I’m telling you guys, mindset is huge, okay?

So guys listen, it’s been an absolute pleasure. I’m obviously a sports fan. I’m a Tiger fan. I’ll just come out and say it, but more importantly, I’m a fan of a comeback, and I’m a fan of redemption, and all of us have a story. Listen to what I’m telling you. Each and every one of us has a story. What is going to be your story? Is your story going to be compelling enough that someone else will listen and be inspired by your ability to bounce back, come back, have redemption, be patient, be perseverant, adjust to the time so that you can be better? Forgive yourself to move forward and have a great mindset. Are you gonna have a story that people want to tell? Or you gonna have a story that doesn’t really have much in terms of being compelled, in terms of inspiring someone else? And that means that often times we gotta go low. That means we gotta be in a valley in life at some point, but the great stories are the one with the folks who were in the valley make it to the top.